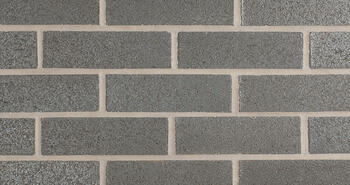 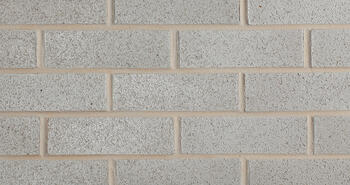 It’s time to move things forward.
To push architectural greatness to a new place…with our biggest style and design innovations ever.

G21: Fashion on Fifth, is the official unveiling of our new products available in 2022. We will launch several new products from range extensions and exciting new series, to unique international products sourced from around the globe.

G21: Fashion on Fifth will include presentations that you won't want to miss from Glen-Gery, as well as special guests.

The event will be hosted in person at the Brickworks Design Studios in New York City, Philadelphia and Baltimore as well as the Brickworks Supply Center in Des Moines.

Please select your location below to RSVP.

Design Perspective Q&A: The Use of Brick in Contemporary Architecture and Urban Design

Every brick tells a story. The use of brick and concrete blocks in contemporary architecture lends itself to a range of styles that can be used to tell the story of a structure. The materiality of brick expresses more than just the function of the material, but also the experience of the material within a structure, from concept to construction and process to use.

The Goergen Institute for Data Science at Wegmans Hall was a signature focus of the University of Rochester’s Strategic Plan to leverage information technology in a new educational model for cross-disciplinary research and innovation. The story the brick tells exemplifies the culmination of the building combining science, IT and humanity studies.

The use of brickwork to exemplify materiality in this structure is masterful. A unique pattern inspired by computer coding matrices forms the building’s masonic envelope, which projects from the main building mass to create a dynamic and ever-changing play of light and texture on the façade. The window patterning and ornamental exterior brickwork are inspired by punch cards and computer coding matrices to provide a signature façade that reflects the research conducted within the building. The projecting bricks create a dynamic interplay of light and shadow across the façades that change throughout the day and the seasons.

In this Q&A, architect Frano Violich, FAIA of Kennedy & Violich Architecture, Ltd. discusses the goals, challenges, successes and use of brick in the design of his award-winning architectural project with The Goergen Institute. Violich explores brick as one of the materials that designers and builders in the project used as conceptual elements to bring the language of code to life.

Q. What were the goals of the project?

A. There were three primary goals. The first was to make the School of Engineering and Applied Science a destination that would attract students from the Sciences, Arts, and Humanities in a place that was welcoming and collaborative in spirit. The second was to create a program that was multidisciplinary, where these same students could work together on project-based research in spaces that were open 24/7, were reconfigurable and filled with natural light. The third was to create a building that, by design, through its spaces and materials would express all of this both inside and out.

Q. What story is being told with this building?

A. We wanted the building to, in a way, tell the story itself. This was one of the first ground-up buildings dedicated to Data Science and as a new curriculum major with its own Institute we felt it was important for the building to express what data science is, which is basically how you make sense of all the data that’s out there floating in the ether. The ways in which this data can be used to research science, art, and languages is why it’s become such a popular major and career path today.  How could we use, or “mis-use,” a brick the same way, like a pixel, and take that pixel and push it in and pull it out to play with light, shadows and so it begins to look like a language — like a streaming binary-coded language?

Q. What were the challenges, and why?

A. Probably the biggest was siting the building. The challenge was that while a typical quad is created by four buildings that form an outdoor “room,” this quad only had three, with an active campus road on the fourth side. The only solution to making this perform like a quad was to site the new building on the street which is not usually recommended. Under each street are all sorts of connected systems to other buildings — sewer, electricity and water. But in the end it solved a lot of problems creating an open space that is car-free, welcoming to pedestrians, and is a campus destination.

Q. What were the successes, and what do you want to celebrate about this project?

A. I like how this project has contributed to the campus by providing a safe zone away from cars and noise where anybody can go. I like the way the project uses the topography. The site slopes gently toward the Genesee River so we followed it with an interior street-like space and just let the spaces get higher and higher along the way. At the very end we tucked in a large auditorium and bleacher seating that overlook the river.  Also, how the light plays across the masonry. In winter or late afternoons, you can get 8-foot shadows from protruding bricks cast horizontally from the sun. But at noon on a winter day, the shadow of the brick could be just 8 inches. It’s like a sundial that tells time!

Q. Tell us about the bricks used in this project.

A. We used a sand mold brick (Glen-Gery 53-DD) which was specified by the University standards. Sand mold bricks are unique since, unlike the majority of the bricks manufactured in the US, they are individually set in molds and fired and cool differently depending on where they are placed in the kiln. Some are darker, lighter, and spotty. No two bricks are alike! It gives them a velvety texture, a certain irregular character; each one is a little different. Historically, the selection of brick has always been important to architects.

In the words of Violich, “materiality is an opportunity where you can arrange and configure the materials to raise questions and to spark someone’s imagination.”

Goergen Institute for Data Science at Wegmans Hall is featured within the North American debut issue of Materiality. The publication is a sharing of ideas and celebration of architecture and design that shares the commonality of brick. Request your complimentary copy here. 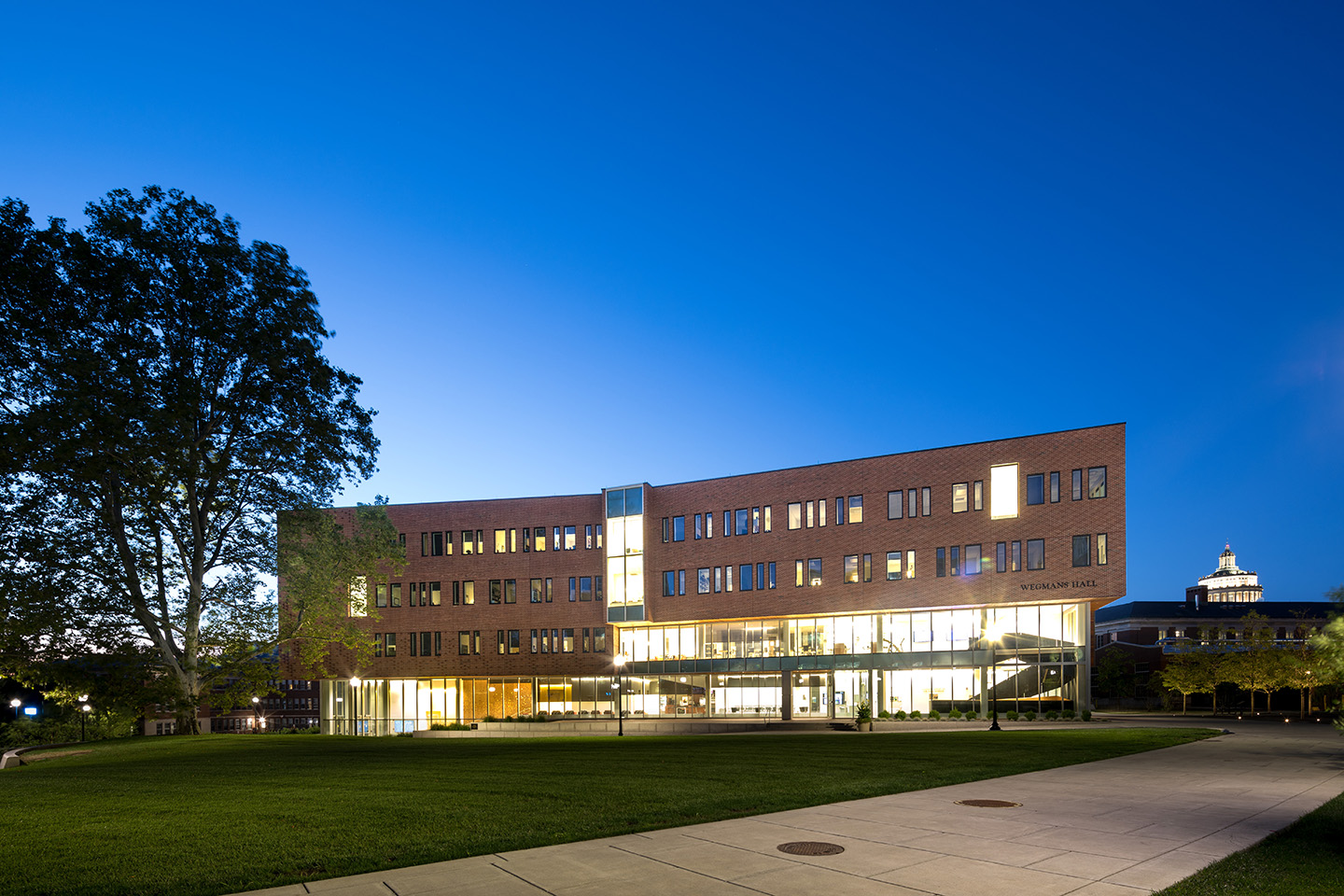 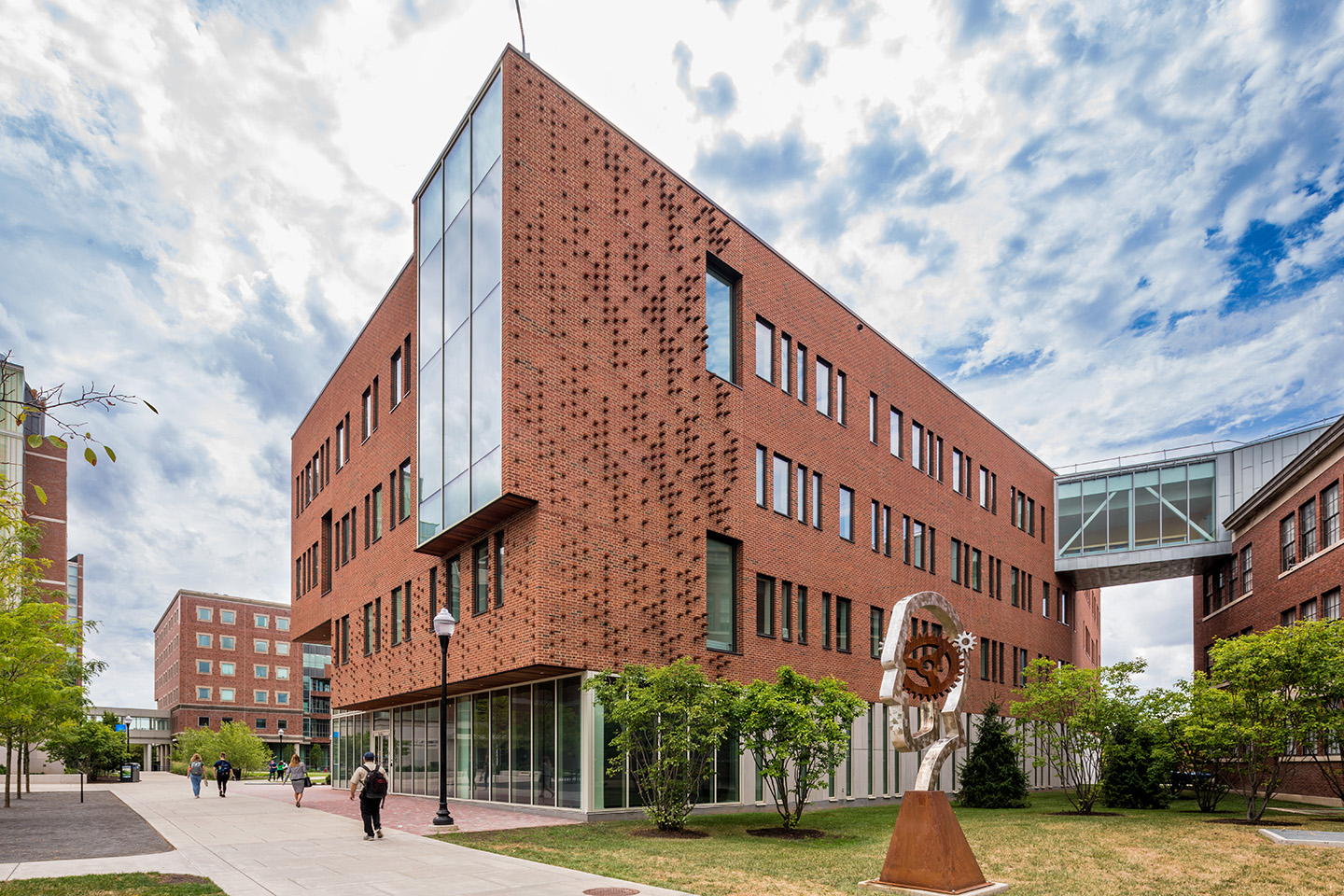 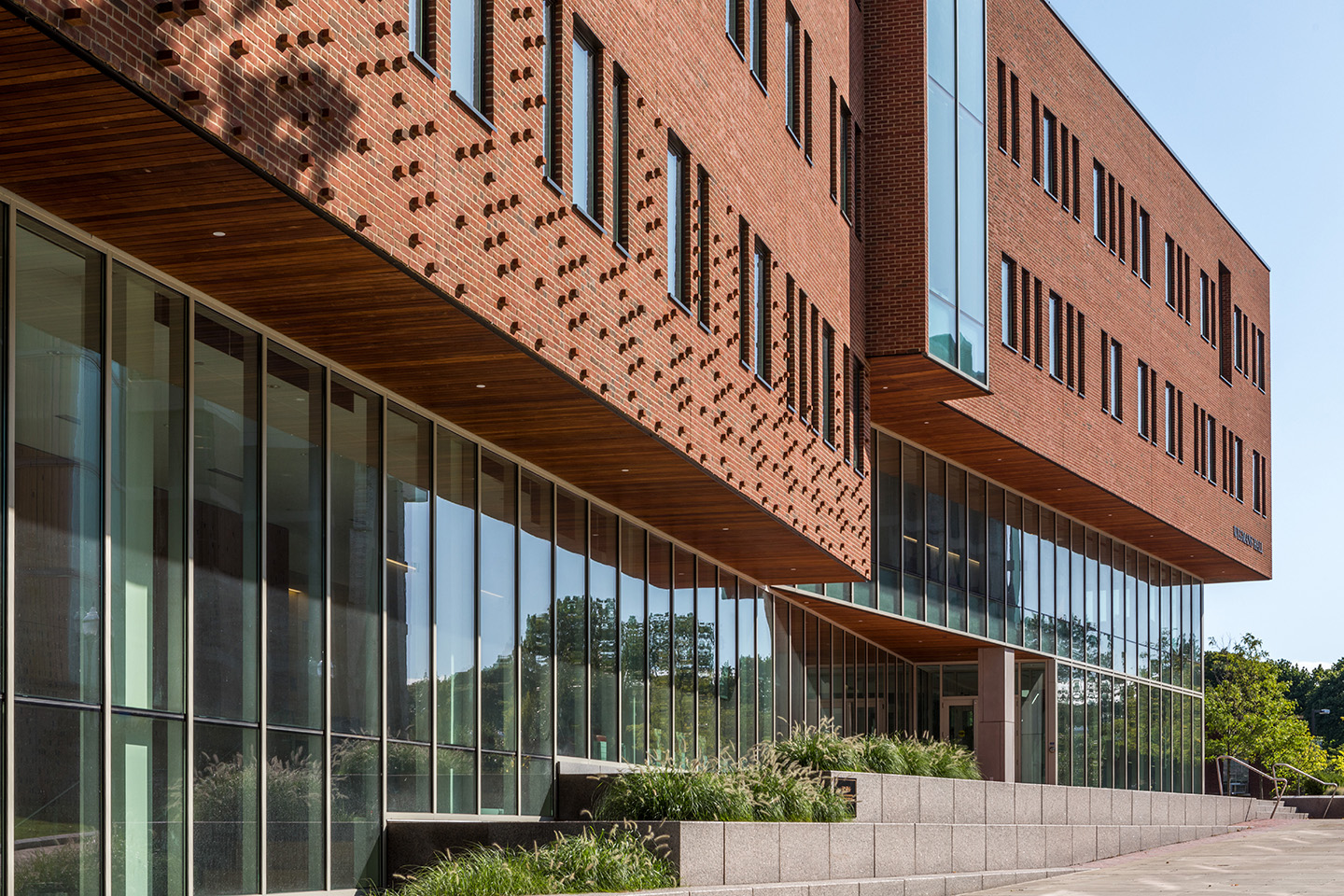 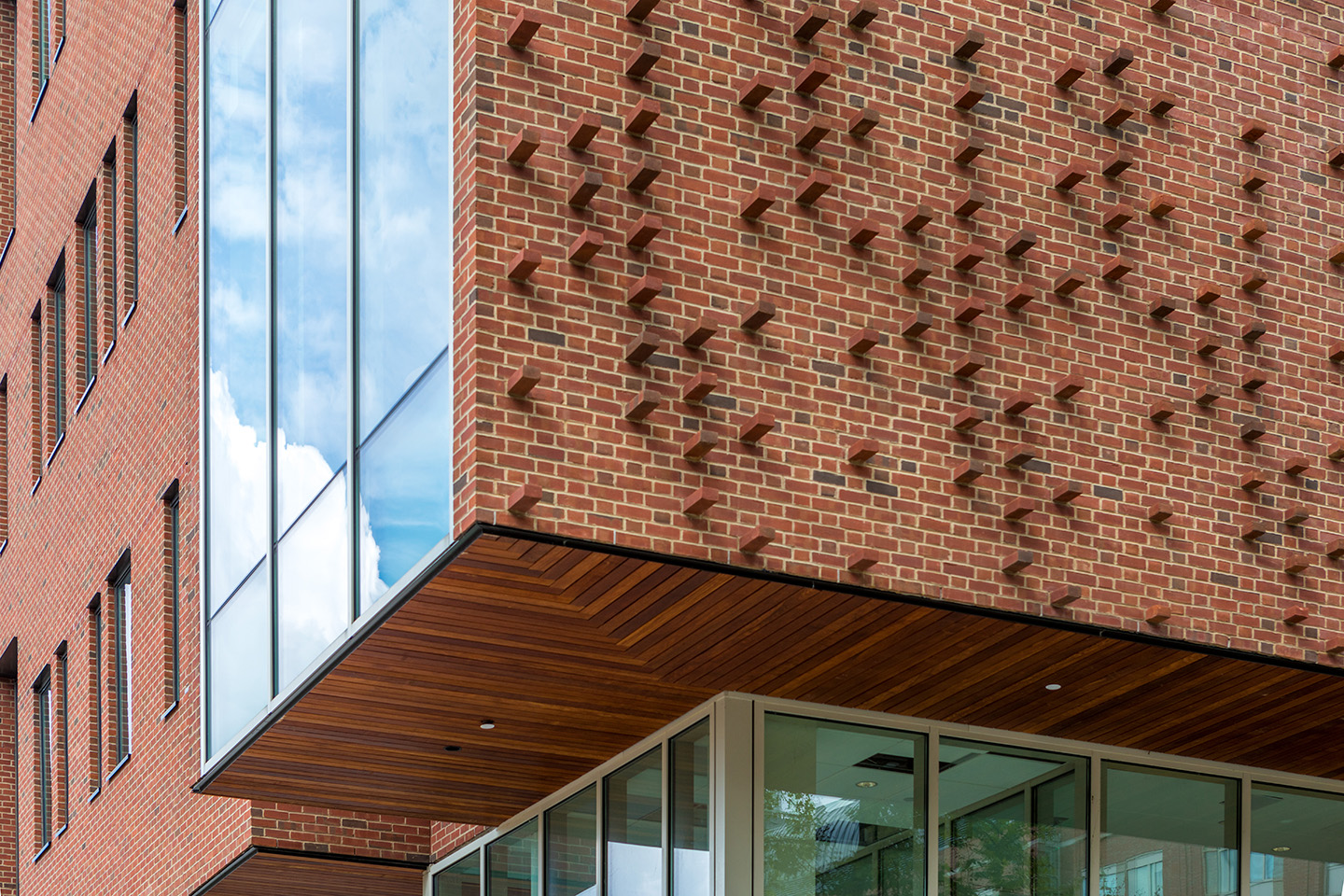 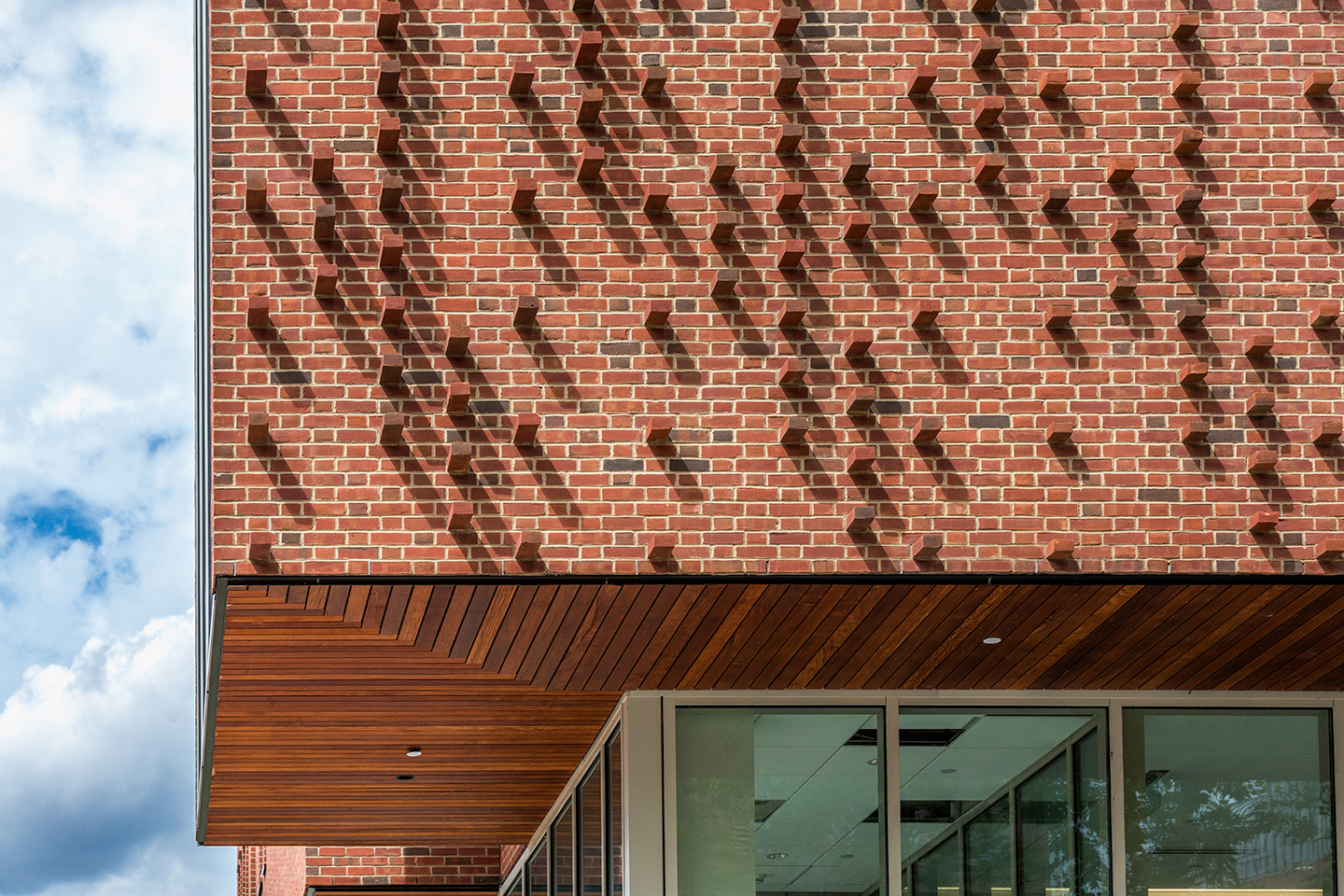 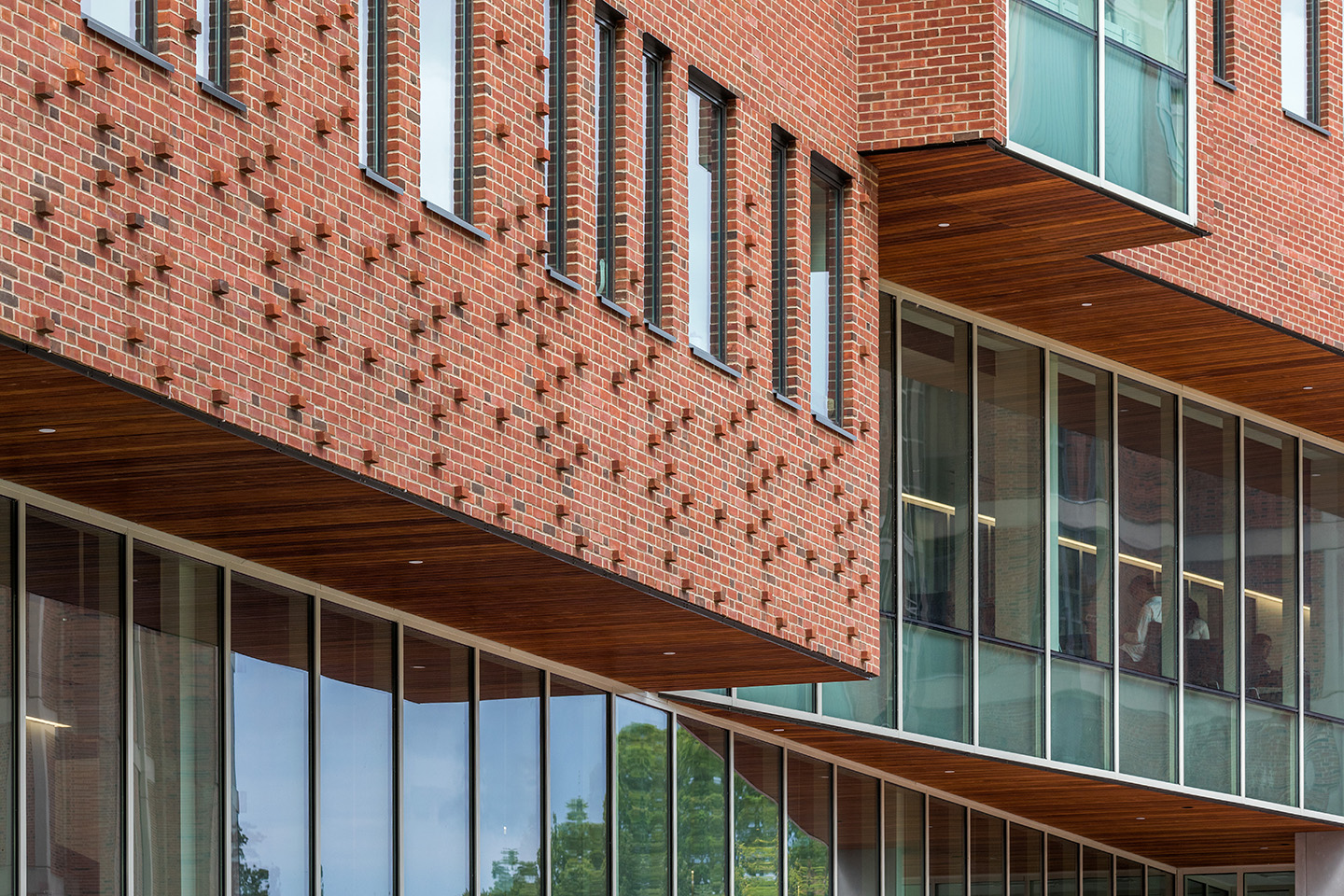 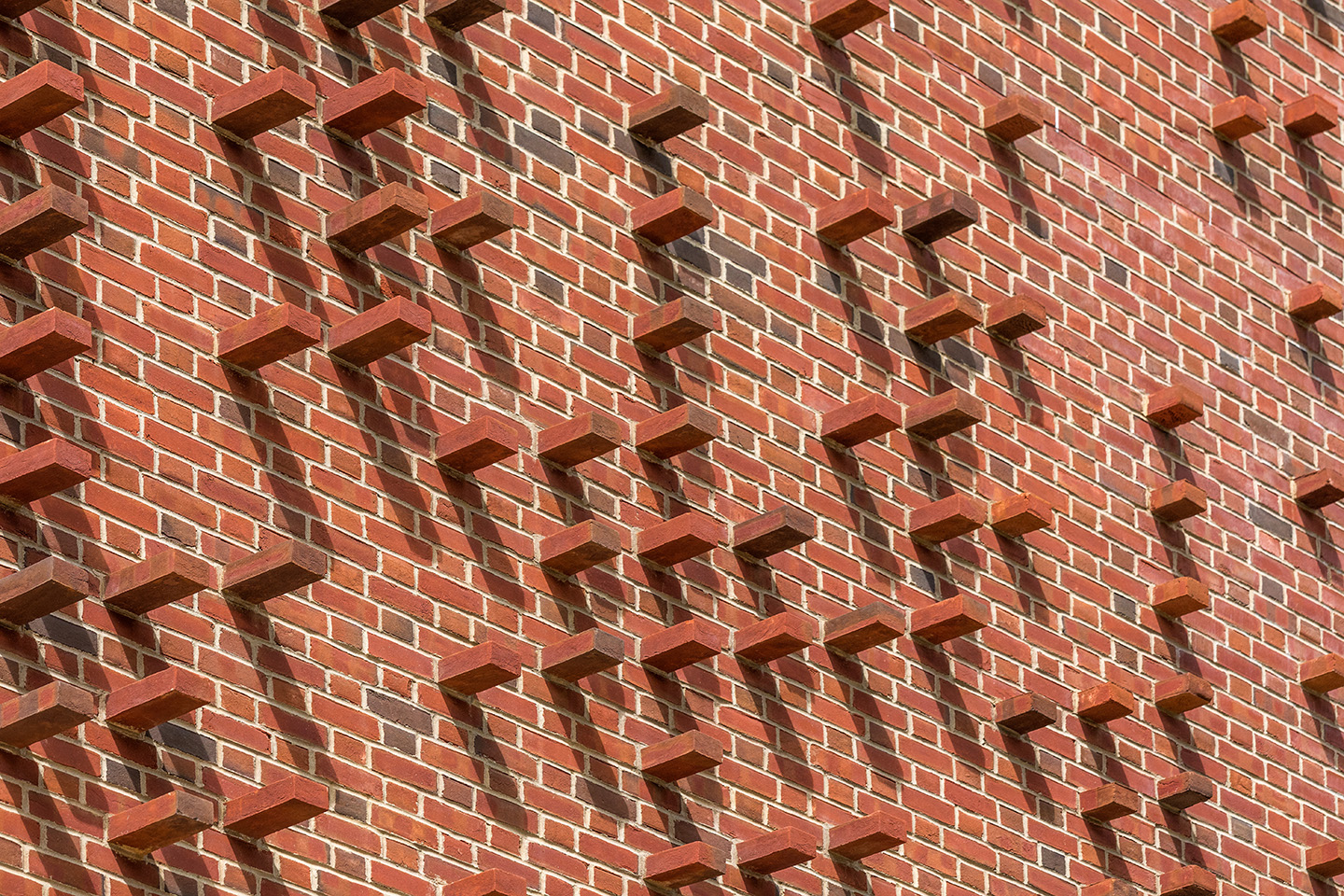 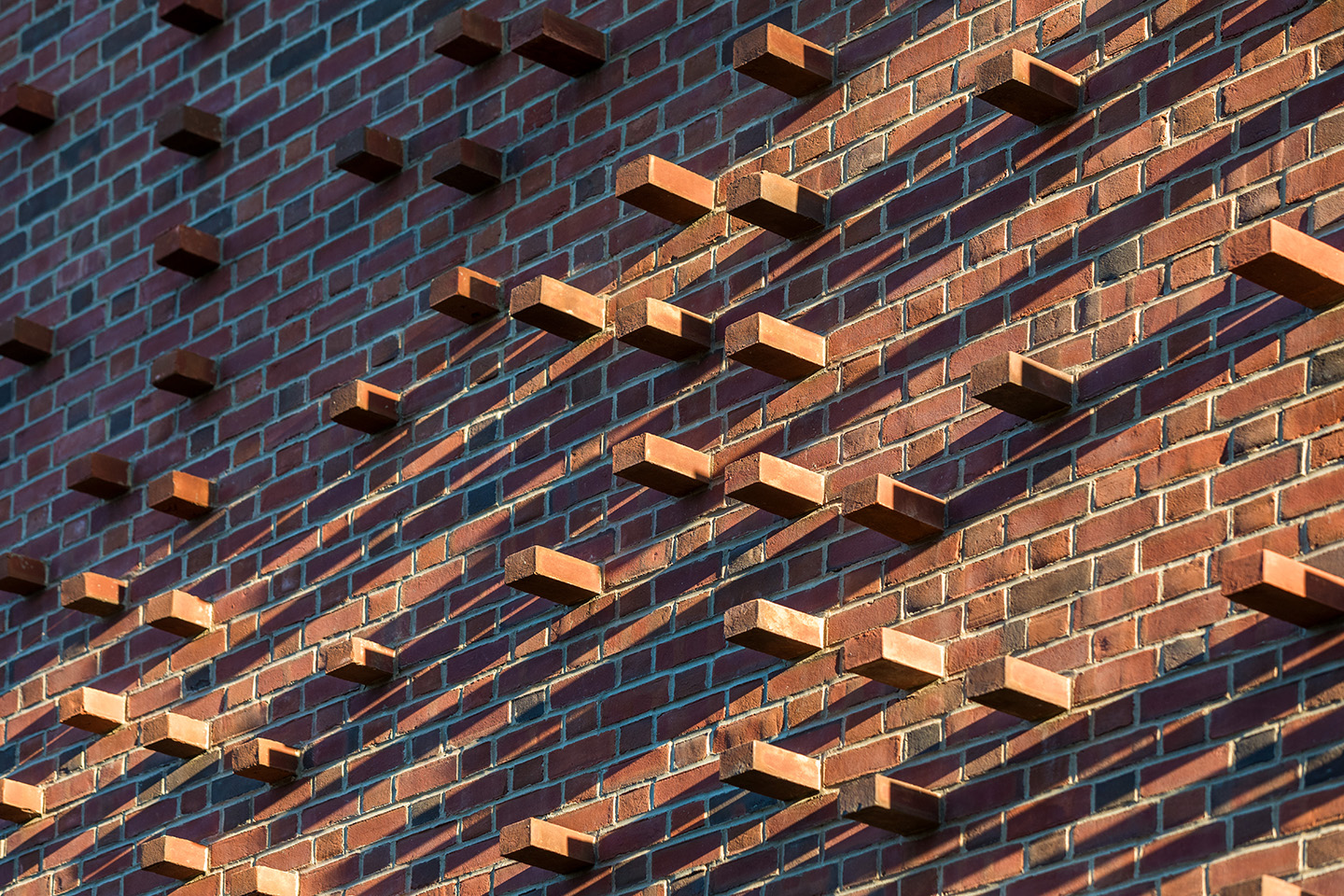 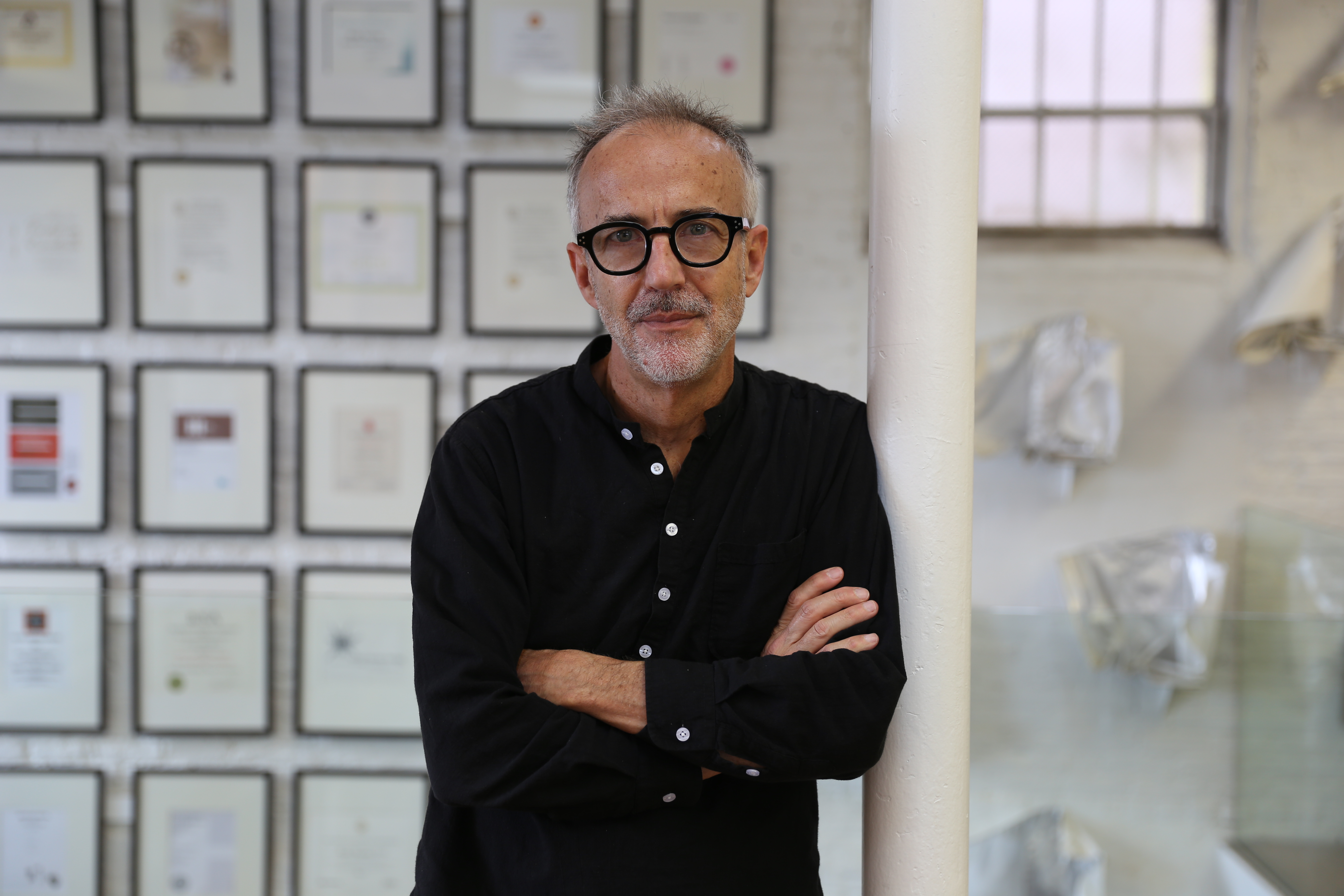 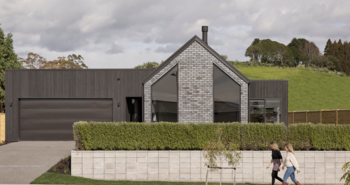 Take a look as Glen-Gery walks you through the simple steps it takes to install our Thin Tech Elite System.

How To
Thin Tech Installation Guide

Explore the use of brick and concrete block in contemporary architecture, as well as issues of urban density and design. In this latest volume, you will find a collection of peer-reviewed projects from some of the most highly respected architects in Australia and the USA, as well as commentary in the form of illustrated essays by architects and academics. This work is intended to provoke discussion and interest among those in the industry, the general reader, and students of architecture and design.

Visit www.glengery.com/materiality to reserve a copy

This unique project is known as the Professional Development and Administration Center School District 59 (CCSD 59). It replaced an underutilized District 59 asset (the site of a long-since demolished school) with a professional development center designed with spaces intended to model the teaching and learning practices expected within the District’s classrooms. Public, Private, and Back-of-House program zones were created to meet the District’s Professional Development Training, District Administration, and Facility Maintenance space needs. The design solution creates overlapping common (shared) spaces among the zones, fostering spontaneous interactions, small group meeting opportunities, hoteling, and flexible workspaces. Multiple flexible spaces accommodate training groups ranging in size from 1 to over 100, with many options in between. Several outdoor spaces are provided as an extension of the training, dining, and spontaneous interaction spaces.