Behind these brick fronts is a seven-story, 35,765 square-foot building with twenty units of housing. The Grand Mulberry is also the new home of the Italian American Museum, which is accessed via a double-height atrium on the ground floor. Adjmi describes the residential interiors as, “warm, minimal, and beautiful.” He says, “What we tried to do with the facade, obviously, was to relate to the neighborhood, but also to contrast with the crispness of the modern building inside.”

The brick detailing of The Grand Mulberry—with tripartite banding at base, pediment windows in the middle, and arched windows at top—reference historic Italianate tenements. This seems an almost obvious choice for a new building on Mulberry Street, the last surviving remnant of Little Italy in Manhattan. Yet the detailing is anything but obvious.

As Joanne Kaufman wrote in the New York Times, the brick pattern “could have emerged from a dot-matrix printer.” Adjmi explains the unique device that MA used on The Grand Mulberry. The detail on the window surrounds, the coursing of the bricks, the cornice—all of the articulation that you’d normally see in colored brick on these buildings,” he says, “we reimagined using dots on the bricks in a series of patterns.” The dots are in fact domes built into custom brick. These bricks come in roughly thirty different shapes: double brick with double domes (the most prevalent), double brick with single dome, curved brick, lipped brick, simple shapes without domes, etc. All have a uniform, clay color, and all are laid using a double-stacked running bond coursing. Only the dots are unusual.

The dotted patterns run on a system separate from that of the new building. “The pattern is an abstraction of a literal copy, as complicated as that sounds,” says Adjmi. “The idea was to create something that had the appearance of a historic building.” He notes that the classically inspired, irregular grouping of the ghost windows creates a tension or juxtaposition with the regular cadence of real windows. Rows of twelve brick windows meet nine glass windows on the Mulberry Street front, while ten brick windows and eight glass windows are on the Grand Street facade. “It’s maybe a little bit of cheating,” Adjmi admits, because we could have done anything we wanted.”Excerpt from FOLIO 2 by ORO Editions 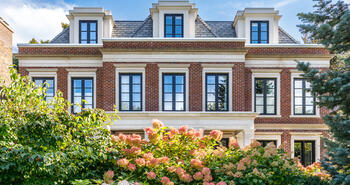 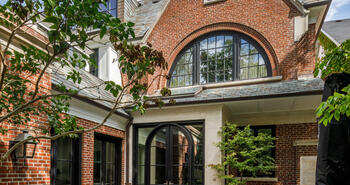 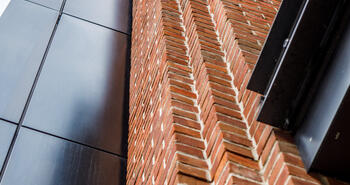 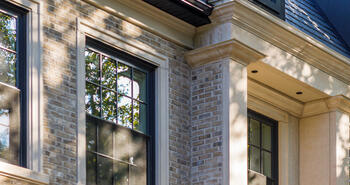 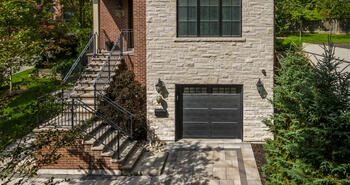 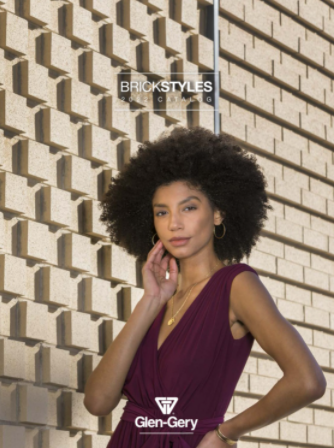 When selecting a brick product for your next project, one of the first characteristics considered is the color. While brick is often selected for its unbeatable benefits, it is also chosen for its versatile color, texture and size combinations. Color can evoke a certain mood and assist in achieving a desired outcome. We often see architects and designers incorporating multiple colors, or creating one-of-a-kind custom blends using multiple brick to bring their project to the next level. We’ve broken out some of the most popular and trending brick colors (past, present and future) to help you find the perfect match for your vision.

Black brick products extend a contemporary edge to any project. Whether you are looking for a deep, smooth black brick product, or a rough, smoky look, search no further, because the coolest black bricks on the block are right at your fingertips.

White bricks put forward a refreshing and light feel to any project, whether you are looking for a crisp, smooth white brick product, or a textured and creamy look, you will find your style with Glen-Gery. These trending white brick colors are available in a variety of tones for every atmosphere.

Red bricks are both classic and timeless. Our offering of red brick products have the versatile ability to lean toward classic or modern designs, and everything in between! Red brick is truly timeless, and architects, designers and homeowners are transforming the stereotype of a common red brick by incorporating it in their modern designs.

Grey bricks are offered in both subtle neutrals and with deep smoky effects. Involving a grey palette into your design can mean many things, whether it is appending a light monochromatic feel, or a dramatic and hazy note. These neutral and stylish grey brick colors are for every aesthetic.

Glen-Gery’s assembly of cream brick colored products are ideal for architects, designers, builders, and homeowners who are looking to bring an element of elegance to their design. Our cream-colored bricks are available in hues from pearl to ivory, and were carefully curated for those high-class designs.

Our burgundy brick products are sought after for their wide selection of textured, smooth, subtle, and rich traits. These deep, red-purple tones evoke a feeling associated with passion and creativity that has been around for centuries, adding a twist to the classic red brick. 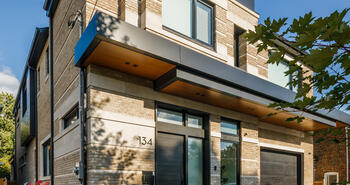 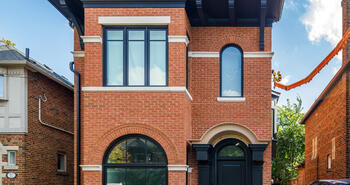 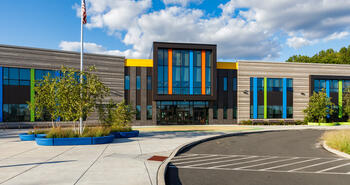 Whether you’re building a new home or planning a special project, you’ll find everything you need at a Brickworks Supply Center.