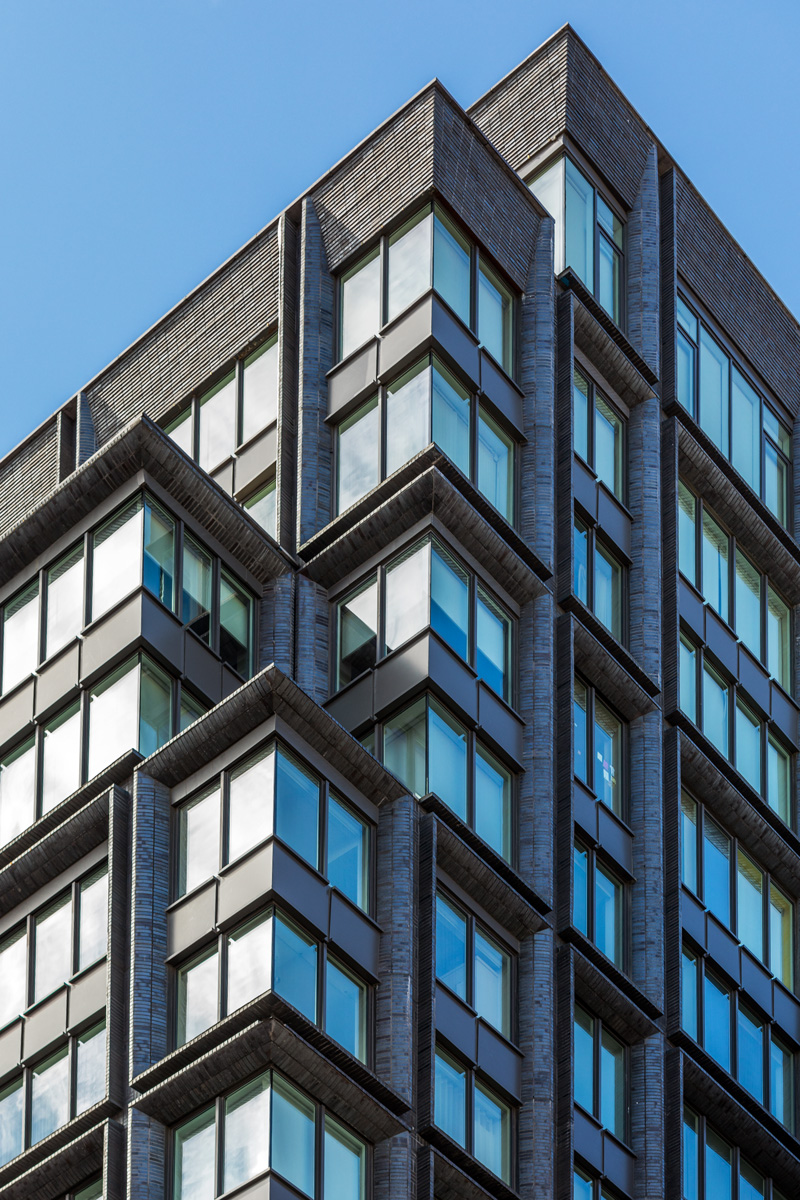 The term “Broadway” has an iconic ring to it, and when Sioux City Brick became involved in this 20-story building project in the heart of Manhattan, we knew it was going to be a special project.

Our Ebonite brick was selected to make a statement. Ebonite is our most desired contemporary color with a metallic sheen that glimmers and shifts in tone under different lighting conditions. With the spectacular aesthetics of our brick and the design of the building, 371 Broadway is considered a work of art, and was nominated for the Façade Award by the World of Architecture (in 2016) and the Brick in Architecture Award by the Brick Industry Association (in 2018).

The window surround shapes on this project were designed by the Architectural Firm of ODA Architecture in NYC and sold by Sal Pate of Consolidated Brick. This design involved special masonry anchors from Halfen Engineering, which required very exact core hole placement for the 23 different special shapes.

To balance the building’s modern appeal with the old-world aesthetics of its environment, ODA architecture reinterpreted Lower Manhattan’s cast-iron typology with a curving, basket-weave brick formation that expresses a similar scale to that of its neighboring pre-war buildings. The curving nature of the brick on 371 Broadway required more special shapes than regular stretcher brick for the project. This New York building is a great testimony to Sioux City Brick’s ability to deliver a spectacular high profile special shapes job.